How To Identify A False Widow Spider

However, false widows are quite harmless to humans. So, how can you identify them? And what should you do if you find one in your home?

A false widow spider includes species of spider belonging to the genus Steatoda. The species is native to the Canary Islands, Madeira, and the Azores. It has been introduced to other countries, including Australia, New Zealand, Japan, South Africa, and the United States.

Symptoms of a bite include swelling, redness, and intense pain at the site of the bite. Serious reactions are rare and typically occur only in people who are allergic to the venom of the false widow spider. If you think a false widow spider has bitten you, it is essential to seek medical attention immediately. 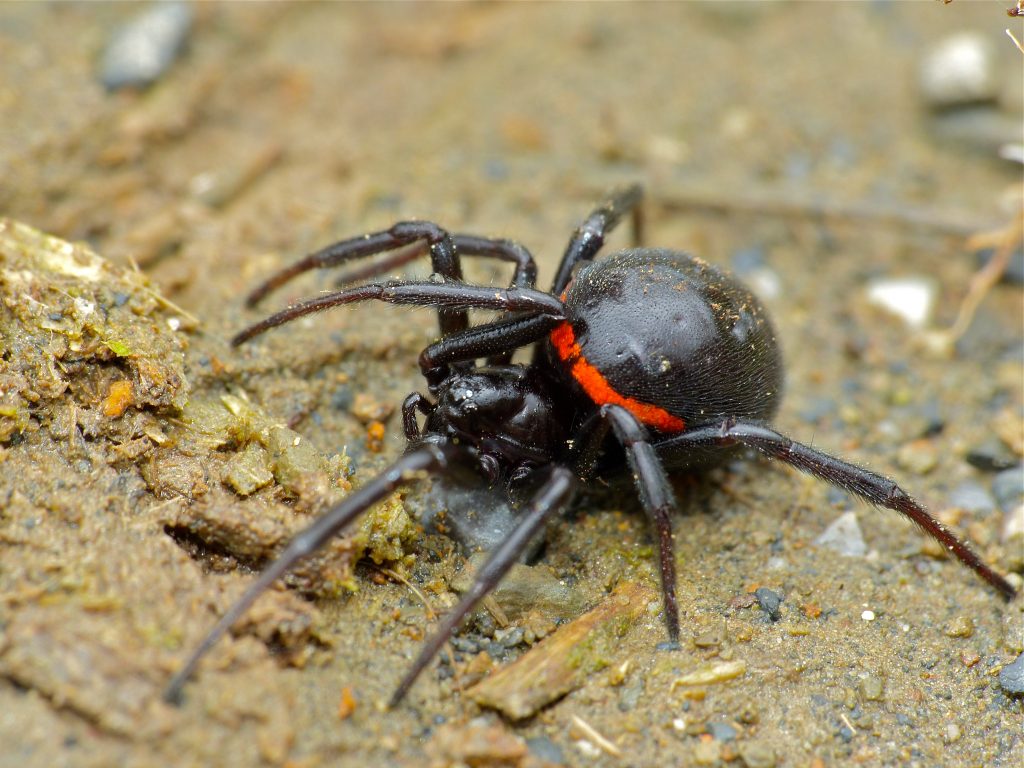 They are found all over the world. In the United States, they are most commonly found in the southeastern states. They prefer warm, humid climates and are often found near bodies of water.

With specific markings on their abdomens, false widow spiders can be identified. There is a narrow white or lighter band around the front of the abdomen towards their head. In addition, other markings that vary by species are present. However, these marks can be variable, faded, or missing in adult females.

The noble false widow spider, Steatoda nobilis, is a medium-sized spider with a round, brown body and distinctive white markings. Males and females are both about 8–10 mm in size. The female’s abdomen is more globular than the male’s, and both sexes have a pentagon pattern around their abdomens.

False widows are most commonly found in the southern and western parts of the United States. They like to build their webs in dark, sheltered places like garages, sheds, and windowsills.

The cupboard spider is a specie with dark color legs and a body. The abdomen usually has two clear triangles along the sides with a lighter crescent on the front. The legs are usually longer than most other spiders. This spider is often found in homes and can be a nuisance.

Found in northern Europe, England, Wales, and Ireland, the Cupboard Spider is a common household spider. They generally stay near the ground in hidden areas like under furniture or in dark corners to hunt for woodlice and other crawling insects. While they can be found outside of homes, it’s less likely and usually only in sheltered spots.

With a size of 4.5-7 mm for females and 4-5 mm for males, the Rabbit Hutch Spider has a light band running down the center of its abdomen. This is more clearly seen in male specimens, while it may be fainter or even absent in female ones.

Found in Britain and Northern Europe, the spiders often take residence near sheds and pet houses in gardens, but they can also be found on tree trunks. In addition, they are known to frequent areas where domestic rubbish has been illegally dumped.

What To Do If You Find a False Widow Spider?

If you find a false widow spider, it is important to remain calm and avoid panicking. These spiders are not aggressive and will only bite humans if they feel threatened. If you do need to remove the spider from your home, it is best to do so with a cup or jar. Gently place the container over the spider and slide a piece of paper underneath. This will prevent the spider from escaping. You can then release the false widow spider outside.

It is also important to clean the area where the spider was found. False widows often build their webs in dark, damp places. To reduce the risk of being bitten, keeping your home clean and free of clutter is important. Vacuum regularly and wipe down surfaces with a damp cloth.

What To Do If a False Widow Spider Bites You?

If you got bitten, first of all, don’t worry. It’s improbable that the painful bite will be fatal. However, it is still essential to seek medical attention as soon as possible, especially if you develop an allergic reaction.

In the meantime, here are a few things you can do to ease the pain and discomfort:

If you start to experience more serious symptoms such as difficulty breathing, swelling in your throat or chest, or a rash, seek medical attention immediately.

False widow spider bites are relatively rare, but they can be painful and uncomfortable. If you think you’ve been bitten, it’s important to seek medical attention and take steps to relieve the pain and discomfort.

What Are The Signs Of Infestation?

False widow spiders can be dangerous, and their bites can cause health problems. An infestation should not be taken lightly. Some signs include:

If you think you may have a false widow spider infestation, it is essential to contact a professional pest control company right away. They will be able to correctly identify the spider and determine the best course of action for treatment.

How to Get Rid Of False Widow Spiders?

Most people are terrified of spiders and with good reason. They’re creepy, they’re crawly, and they can be dangerous. Some spider bites can cause serious health problems. To deal with a spider infestation, it’s important to identify the type of spider you’re dealing with.

Here are some tips to get started:

With these tips, you can get rid of false widow spiders and keep them from coming back. If you have any questions or concerns, speak with a professional pest control company.

How Common Are False Widow Spiders?

False widow spiders are not particularly common, but their populations seem to rise in some areas. They are most often found in the southern and western United States but have been reported in other parts of the country.

Is A False Black Widow Poisonous?

A false black widow spider is not considered very poisonous to humans. Their bites may cause some local pain and swelling but are not typically severe. However, they should be avoided, as their bites can still be quite painful.

How Do I Get Rid Of False Widow Spider?

If you find a false widow spider in your home, you can try to remove it yourself or call a pest control professional. To remove the spider, you must be careful as they can be quite aggressive. It is also important to make sure that you identify the spider correctly before removing it, as some spiders can be very dangerous.

What Do I Do If I Find A False Widow In My House?

If you find a false widow spider in your home, the best thing to do is to contact a pest control professional. They will be able to remove the spider safely and help you prevent future infestations.

How Do I Identify A Spider I Found?

There are a few different ways that you can identify a spider. You can look up pictures of spiders online or in a book, or you can bring the spider to a local extension office or nature center. If you are still unsure, it is always best to err on the side of caution and contact a professional.

Where Are False Widow Spiders Located?

False widow spiders are most often found in the southern and western United States. However, they have been reported in other parts of the country. They typically inhabit dark, undisturbed areas such as basements, attics, and crawl spaces.

A few different things can attract false widow spiders to your home. These include having other insects in your home, clutter around your house, and a lack of ventilation.

False widow spiders typically do not live in groups. They are generally solitary creatures that only come together to mate. So, be sure to approach less.

Is There An App For Identifying Spiders?

Critterpedia is an excellent app for identifying spiders. You can take a picture of the spider, and the app will help you identify it.

False widow bites can cause some local pain and swelling but are not typically itchy. However, everyone reacts differently to spider bites, so that you may experience some itchiness. If you start to experience any severe symptoms, contact a medical professional right away.