Do you find wolf spiders interesting? Or do you want to know what sets this spider apart from other spiders in Texas? The wolf spider is a large and intimidating-looking creature. They are usually brown or black in color and can grow to be nearly 3 inches in length. Their large size and long legs make them quite noticeable, which can be unsettling for some people.

These eight-legged creatures may look scary, but they’re harmless to humans. In this ultimate guide, you’ll learn everything you need to know about wolf spiders, from their habitat and diet to the dangers they pose to your home. Keep reading for more information on these fascinating creatures. 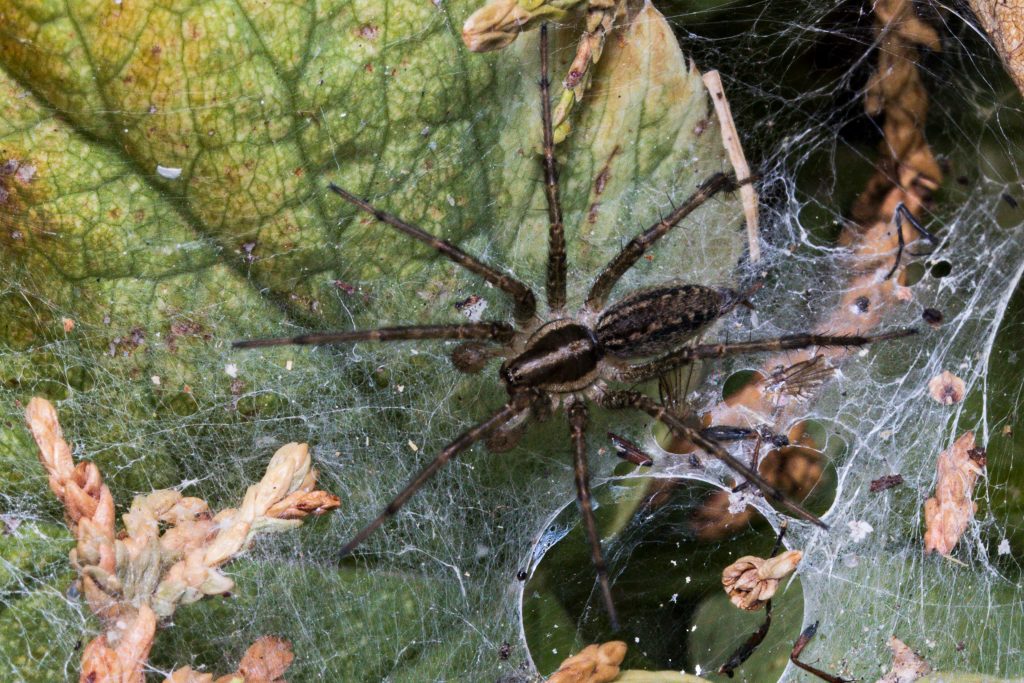 What Are Wolf Spiders?

Wolf spiders are members of the Araneae family and are part of the Lycosidae family. They got their name because of their hunting methods and how they looked. These spiders can be found worldwide in different climates and habitats. The biggest populations of wolf spiders are in Africa, Australia, North America, and South America.

They are large spiders, with adults ranging in size from 0.5 to 3 inches in body length. They are dark brown or grey in color, with markings that vary from spider to spider. Some Wolf Spiders have stripes running down their backs, while others have spots

The Wolf Spider is a prominent member of the Araneae family. It is one of the most common spiders in North America and can be found in nearly every state, including Texas. The Wolf Spider is not aggressive and will usually only bite humans if it feels threatened. Despite their large size and sometimes intimidating appearance, Wolf Spiders are harmless to humans and pose no threat to our health.

Are Wolf Spiders Poisonous In Texas?

No. In fact, these spiders are beneficial to have around since they help keep populations of destructive insects in check. While their bites can be painful, they are not considered dangerous to humans unless the person bitten has an allergic reaction to the venom.

If you are bitten by a wolf spider, clean the area with soap and water and apply a cool compress to help reduce any swelling. Most wolf spider bites will heal within a week or so. However, if you experience severe reactions, such as difficulty breathing, you should seek medical attention immediately.

You can also consult with a medical professional if you are concerned about your health or your family after being bitten by any spider.

Despite the menacing wolf spider’s appearance, they are generally not aggressive towards humans. They are usually quite shy and will only bite if they feel threatened. If you get bitten by a wolf spider, it is not considered dangerous and will typically only cause minor pain and swelling.

While wolf spider species may not be naturally aggressive, it is still important to exercise caution when handling them. Do not touch or handle a wolf spider unless you are absolutely sure it will not bite you. If you must handle one, use gloves or a cloth to avoid getting bitten.

Is A Wolf Spider Good To Have Around?

Wolf spiders can be quite beneficial to have around. These spiders help control populations of harmful insects, and they are not known to bite humans unless they feel threatened. But you may not want a spider in your home if you have young children or pets, as these spiders can be aggressive if they feel threatened. If you have wolf spiders in your home, it is important to seal up any cracks or openings that they could use to enter the house.

What Attracts Wolf Spiders To Your House?

Wolf spiders are attracted to your house for the same reasons other insects are, they’re looking for food and shelter. Your home offers them both of these things, making it an ideal place to set up shop.

Some of the things that attract wolf spiders to your home include:

Finding wolf spiders in your home is likely because they’re attracted to one (or more) of these factors. Luckily, there are some things you can do to help deter and prevent wolf spiders.

Taking these steps can help keep adult wolf spiders out of your home.

What Happens When You Squish A Wolf Spider?

If you squish a wolf spider, you may not deliver enough of a blow to kill all her young. If the spider you stomp on is a female, the impact could release hundreds of spiderlings in your home. As dangerous as they may seem, wolf spiders are quite beneficial. They help keep populations of other harmful insects and pests in check. So it’s best to avoid squishing them whenever possible.

Will A Wolf Spider Chase You?

No, wolf spiders will not chase you. They are shy, reclusive creatures that prefer to stay out of sight. If you see a wolf spider, it is probably because it has been disturbed and is trying to escape. Also, wolf spiders are not aggressive and will not attack unless they feel threatened. So if you leave them alone, they will likely do the same to you.

Do Wolf Spiders Jump On Humans?

If you find a wolf spider outside, there is no need to be alarmed. These spiders are quite beneficial as they help to control the population of other pests.

If you do not want a wolf spider in your home, however, there are a few things you can do to keep them out. Make sure that all your screens are in good repair and seal any cracks or openings around your doors and windows. You can also try using spider repellent around the perimeter of your home.

Like many other spiders, the brown recluse is often mistaken for a dangerous spider. However, some key differences between these two types of spiders can help you tell them apart.

So, while wolf spiders and brown recluses may look similar, some key differences can help you tell them apart. If you’re ever unsure about what type of spider you’re dealing with, it’s always best to err on the side of caution and contact a professional for assistance.

Can A Wolf Spider Hurt A Dog?

Yes, a wolf spider can hurt a dog. A wolf spider biting a dog can cause swelling, redness, and pain. In some cases, the dog may have an allergic reaction to the venom and need medical attention. It is essential to be aware of the signs of a spider bite and seek medical help if your dog shows any of these signs.

Take your dog to the vet immediately. The vet can determine if the spider bite is serious and provide the appropriate treatment. In most cases, a spider bite is not serious and will heal on its own. However, it is always best to avoid caution and seek medical attention if you think a spider has bitten your dog.

Wolf spiders are the family Lycosidae, which contains about 120 genera. Most of these spiders are found in the Northern Hemisphere, with only a few species inhabiting Central and South America. Wolf spiders get their name from their hunting habits. They actively chase down and catch prey rather than build webs to capture them. Wolf spiders eat insects of different types.

Interestingly, wolf spiders are capable of climbing walls. They have special bristles on their legs that help them grip surfaces as they climb. So, don’t be alarmed if you see a wolf spider scurrying up your wall. It’s just looking for a place to hunt.

Also, contrary to popular belief, wolf spiders are not dangerous to humans. They may bite if they feel threatened, but a wolf spider bite is not poisonous. So, if you do come across a wolf spider in your home, you can safely remove it without worry.

What Time Of Year Do Wolf Spiders Lay Eggs?

Wolf spiders typically lay their eggs in the midsummers. The female spider will spin a silken sac to deposit her eggs. Once the sac is full, she will seal it shut and remain with it until the eggs hatch. When the spiderlings emerge, they will climb up their mother’s legs and onto her back, where they will ride for several weeks until they are large enough to fend for themselves. Some species of wolf spiders will overwinter as nymphs (immature spiders), while others will overwinter as adults.

It’s not uncommon to see a wolf spider running up your walls or across your ceiling. These spiders are very agile and can move quickly when they want to. While they can climb most surfaces, they prefer to stay close to the ground, where they feel more secure.

Do Wolf Spiders Travel In Packs?

No, wolf spiders do not travel in packs. These spiders are generally solitary creatures that only come together to mate. However, there have been instances where large groups of wolf spiders have been found in the same area.

It is usually due to environmental factors, such as a lack of food or shelter, that force the spiders to congregate. While wolf spiders may not travel in packs, they are known to be aggressive and territorial. So, if you come across a group of these spiders, it’s best to leave them alone.

In conclusion, the Wolf spider is a widespread spider found in many parts of Texas. They are generally not considered dangerous to humans, but their bites can cause some mild irritation and discomfort. If you think a Wolf spider has bitten you, it is best to seek medical attention just to be safe. These spiders are interesting creatures that play an important role in the ecosystem and certainly make for an interesting sight when seen in the wild.

If you have any questions or concerns about wolf spiders in Austin, San Antonio, Houston, Dallas, Fort Worth, or any other part of Texas, be sure to contact a professional pest control company like us for assistance.