There are few creatures on Earth that inspire as much dread and disgust as cockroaches. And while there are many different species of cockroach, one, in particular, seems to stand out as the most reviled: the palmetto bug.

So what exactly is a palmetto bug? And how is it different from other types of cockroaches? In this article, we’ll take a closer look at the palmetto bug and explore the similarities and differences between it and other cockroaches.

What Is a Palmetto Bug?

The palmetto bug, also called the American cockroach, is a species of cockroach that is native to the southeastern United States. It is one of the largest cockroaches in North America, with an adult body length of up to 3 inches. The palmetto bug is dark brown or black in color and has a flattened body shape. It is commonly found in homes and businesses in the southern US states, as well as in other parts of the world where it has been introduced. They’ve given this name because they’re found around palmetto trees or any tropical plant.

The palmetto bug gets its name from its fondness for palm trees and other foliage. It is often seen crawling on tree trunks and branches in search of food. The palmetto bug is also attracted to damp and dark places, such as basements, crawl spaces, and sewers. This cockroach is a capable flyer and is sometimes seen indoors near windows and doors.

The palmetto bug is considered to be a pest in many parts of the world due to its ability to contaminate food and spread disease. It is also known to cause allergic reactions in some people. If you suspect that you have a palmetto bug infestation, it is important to contact a professional pest control company for assistance.

What Is a Cockroach?

A cockroach is any member of the order Blattodea, which includes about 4,000 species of insects. Cockroaches are found on every continent except Antarctica and are one of the most common insects in the world.

Cockroaches are generally nocturnal creatures and are often attracted to warm humid environments. Many species of cockroach are considered to be pests, as they can contaminate food and spread disease. Some people also have allergic reactions to cockroaches. 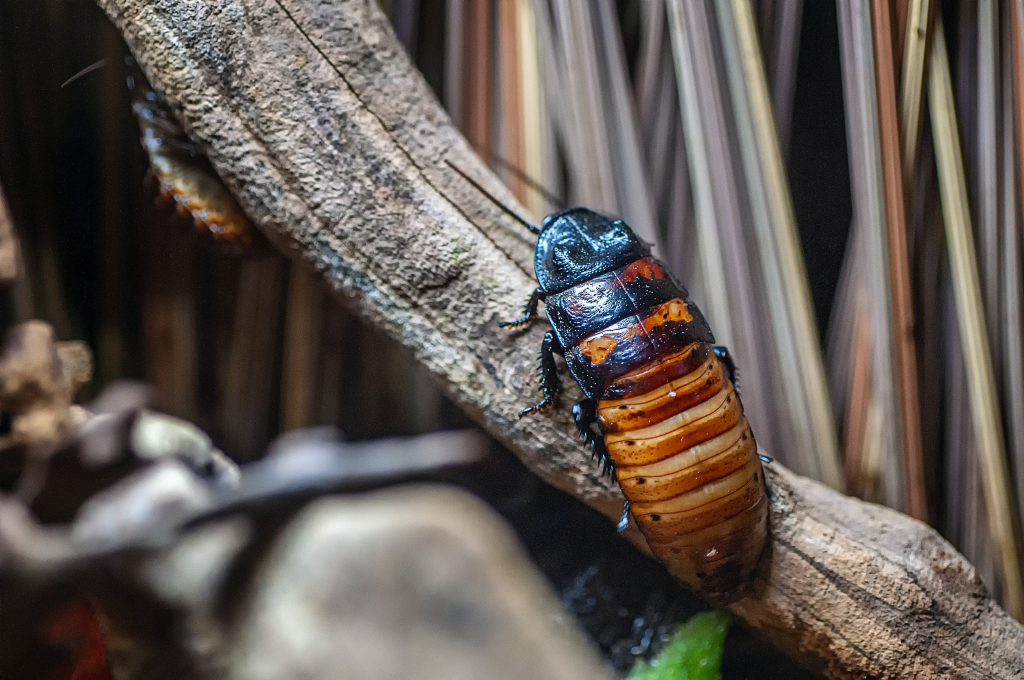 What Is the Difference Between a Palmetto Bug And A Cockroach?

Cockroaches are one of the oldest groups of insects, dating back over 280 million years. Today, there are over 4,600 different species of cockroaches scattered across the globe. Cockroaches come in a wide range of sizes, shapes, and colors, but they all share some common features, such as long antennae and a flat, oval-shaped body.

Palmetto bugs, also known as American cockroaches, are large, reddish-brown insects that can grow up to 3 inches long. They are commonly found in the southeastern United States and are one of the most common types of cockroaches that invade homes.

Palmetto bugs and other pest cockroaches are attracted to warm, humid environments like kitchens and bathrooms. They often enter homes through cracks and crevices in the foundation or through openings around doors and windows. Once inside, they can quickly multiply, causing an infestation.

Cockroaches are more than just a nuisance; they can pose serious health risks to humans. Cockroaches are known to carry a variety of diseases, including salmonella and E. coli. They can also trigger asthma attacks in people who are allergic to their shed skin and droppings.

If you think you have a cockroach problem, it’s important to call a professional pest control company like Texas Bug Control right away. Our pest management expert can identify the type of cockroach infesting your home and develop an effective treatment plan to eliminate the problem.

Also Read: How To Identify A False Widow Spider

What Do You Do if You See a Palmetto Bug?

How To Deal With Palmetto Bug Infestation?

If you have palmetto bugs in your home, you’re not alone. These pests are a common problem in many parts of the country, particularly in warm, humid climates like Florida. Palmetto bugs are actually a type of cockroach, and they can be difficult to get rid of once they’ve infested your home. But there are some things you can do to get rid of these pests for good.

The first step is to identify where the palmetto bugs are coming from. If you can find the source of the infestation, you can often eliminate the problem at its root. Palmetto bugs typically enter homes through cracks and crevices in the foundation or exterior walls. They may also come in through windows and doors that are not properly sealed. Once they’re inside, they’ll typically hide in dark, humid places like basements and crawl spaces.

2. Seal Up Cracks And Crevices

Once you’ve identified the entry points the palmetto bugs are using to get into your home, take steps to seal them up. Caulk any cracks in the foundation or exterior walls. Use weather-stripping to seal gaps around doors and windows. Be sure to repair any damaged screens on doors and windows as well.

Palmetto bugs are attracted to homes that provide them with a food source. If you have an infestation, chances are there’s something in your home that’s attracting them. Eliminate potential food sources by keeping food in tightly sealed containers and keeping your kitchen and other areas of your home clean.

One of the most effective ways to get rid of palmetto bugs is to use traps. There are a number of different types of traps available, but one of the most effective is the sticky trap. These traps are coated with a sticky substance that traps the bugs when they walk across it. Once they’re stuck, they can’t escape and will eventually die.

If you’ve tried all of these tips and you’re still struggling with an infestation, it’s time to call in a professional. Pest control professionals have the experience and the tools to effectively eliminate palmetto bugs from your home. They can also help you take steps to prevent future infestations.

Is The American Roach The Same As Palmetto Bug?

How Do I Know If I Have Roaches Or Other Bugs?

Cockroaches are usually easy to identify due to their size and appearance. However, there are many different types of cockroaches, so it’s important to be able to tell them apart. American roaches are typically larger than other types of cockroaches, and they are dark brown or reddish-brown in color. If you see a cockroach that is small and light-colored, it is likely not an American roach.

Like all cockroaches, American roaches are attracted to food and moisture. They will often enter homes and businesses through cracks and crevices in search of food and water. Once inside, they will hide in dark, moist places like basements, closets, and beneath appliances.

Are Palmetto Bugs Bigger Than Roaches?

The American roach is the largest species of cockroach, measuring about 1-2 inches long. They are typically larger than other types of cockroaches, such as the German cockroach.

How Long Can A Palmetto Bug Live In A House?

American roaches can live for several months in a house if they have access to food and water. However, their life expectancy is shorter if they are outdoors, where they are more likely to be exposed to predators and adverse weather conditions.

Do Palmetto Bugs Come Up Through Drains?

It is possible for American roaches to enter homes and businesses through drains. They can squeeze through small cracks and crevices around leaky pipes and fixtures in search of food and moisture. Once inside, they will hide in dark, moist places like basements, closets, and beneath appliances.

American cockroach droppings are small, brown, and cylindrical in shape like pepper flakes. They are typically found in areas where roaches have been feeding or resting. Cockroach droppings can contaminate food and surfaces, so it’s important to clean them up as soon as possible.

American roaches have wings and can fly for short distances. However, they are not strong flyers and are more likely to glide than to actually fly. They are most often seen flying when they are trying to escape from a predator or when they are attracted to light.

Cockroaches are not poisonous, but they can carry harmful bacteria on their bodies that can contaminate food and surfaces. If you think you may have cockroaches in your home, it’s important to contact a pest control professional for help.

After reading this guide, you should have a much better understanding of the difference between palmetto bugs and cockroaches. Palmetto bugs are just a type of cockroach that is native to the southeastern United States. They are generally larger than other types of cockroaches and can be a nuisance if they invade your home.

Cockroaches, on the other hand, are one of the most common insects in the world and can be found in nearly every country. They are often considered to be pests because of their dirty habits and their ability to spread disease. If you have an infestation, it is important to contact a professional pest control company to get rid of them.