If you’re like most people, you probably don’t enjoy the sight of a spider. Many people are downright afraid of them! But did you know that there are quite a few different types of spiders in Austin, Texas? While some of these spiders may be harmless, others can be quite dangerous. So what kind of spiders are in Austin?

From the common house spider to the more rare wolf spider, this guide will cover all the bases. So if you’re ever curious about what kind of spider is crawling around your home or office, consult this guide for all the answers.

Many different types of spider species can be found in Austin, but some are more common than others. The spiders are often seen in homes and businesses and can range in size from small to medium. They can be venomous, and some can even be aggressive. Here are some of the most common spiders you’ll find in Austin:

Some of the most venomous spiders in North America can be found in Austin, Texas. The black widow and brown recluse are just two dangerous spiders calling Austin home.

The black widow is one of the most feared spiders in North America. Its venom is 15 times more potent than that of a rattlesnake. While a bite from a black widow is rarely fatal to humans, it can cause severe pain, muscle cramps, and nausea.

Being aware of black widows is important if you spend time outdoors in Austin. These spiders are usually found in dark, hidden places like under rocks or in trees. If a black widow bites you, seek medical attention immediately. 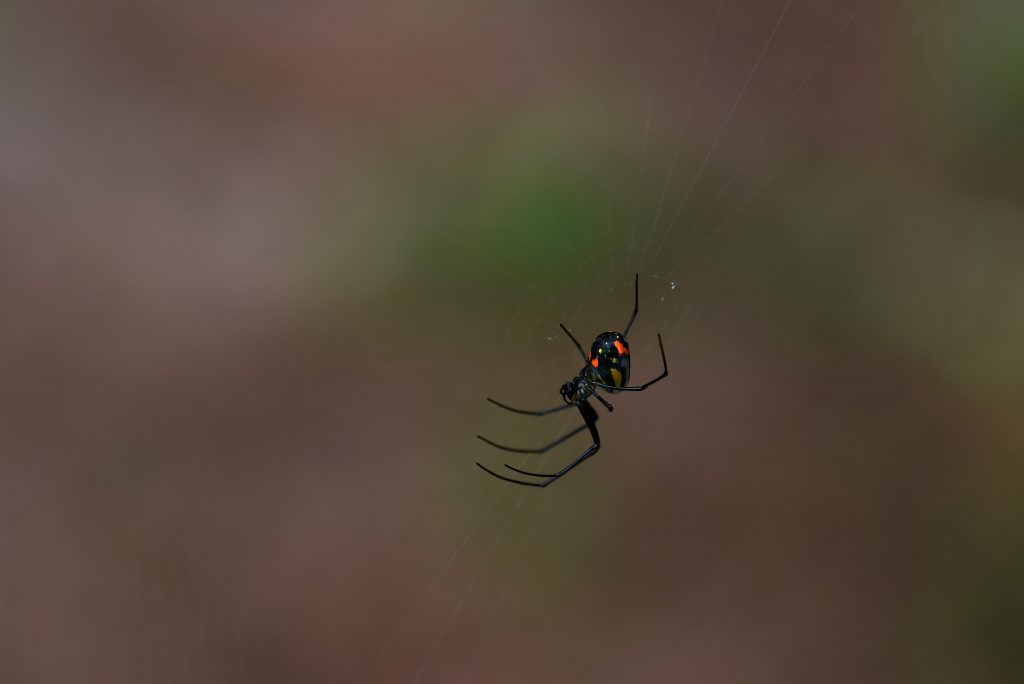 The brown recluse spider is another venomous spider found in Austin. These spiders are brown with a distinctive violin-shaped mark on their back. Brown recluses are naturally shy and reclusive, and bites from these spiders are rare. Venom is not as potent as the black widow, but it can still cause serious problems for those who are bitten.

It is important to be aware of these dangers when spending time outdoors. If a venomous spider bites you, seek medical attention immediately.

There are many types of spiders in Austin, but not all are venomous. Each of these spiders has its unique appearance and set of behaviors that make it interesting to learn about. Here are some common non-venomous spiders that you might find in and around your home:

The American grass spider (Agelenopsis aperta) is a member of the funnel-web spider family. These spiders are small to medium in size and typically have dark brown or gray bodies with lighter striped markings. They build funnel-shaped webs and are often found near human activity, such as in gardens or near doors and windows.

While they are not considered dangerous to humans, their bites can be painful. The spider is not aggressive, and bites are rare. If you are bitten, it will likely only cause minor swelling and pain.

Woodlouse hunter spiders are large, brown spiders found in dark, damp places like basements or crawl spaces. Their name comes from their diet. They primarily eat woodlice, small crustaceans that live in damp environments. They will also eat other small insects and spiders.

Woodlouse hunter spiders are not venomous, but their large size and quick movement can be startling. If you see one in your home, the best course of action is to leave it alone, and it will eventually find its way back outside. But in case of infestation, feel free to contact a pest control company.

Carolina wolf spiders are large, brown spiders that can be found in various habitats, including forests, fields, and gardens. They hunt their prey, including insects, other spiders, and even small reptiles, by chasing it down. They are not considered dangerous to humans, although their large size can be somewhat intimidating. 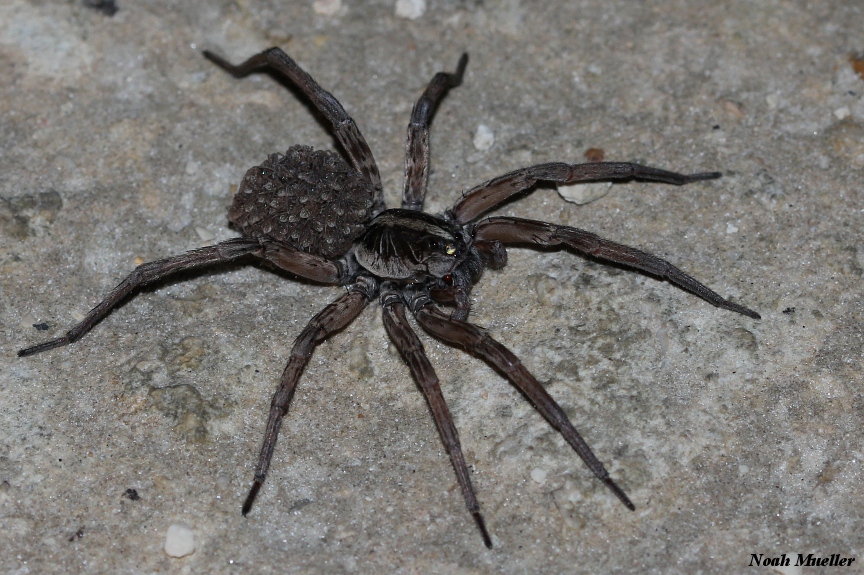 Grey wall jumping spiders are small, grey spiders that get their name from their ability to jump long distances. They are often found near windows and doors, as they are attracted to the light. They are not aggressive and will not bite humans unless they feel threatened.

Also, they are one of the few spiders found in houses. If you see a spider in your house, it is likely a grey wall jumping spider. These spiders are not venomous and pose no threat to humans. However, if you do not want them in your house, you can remove them with a vacuum cleaner or by using a pest control service. 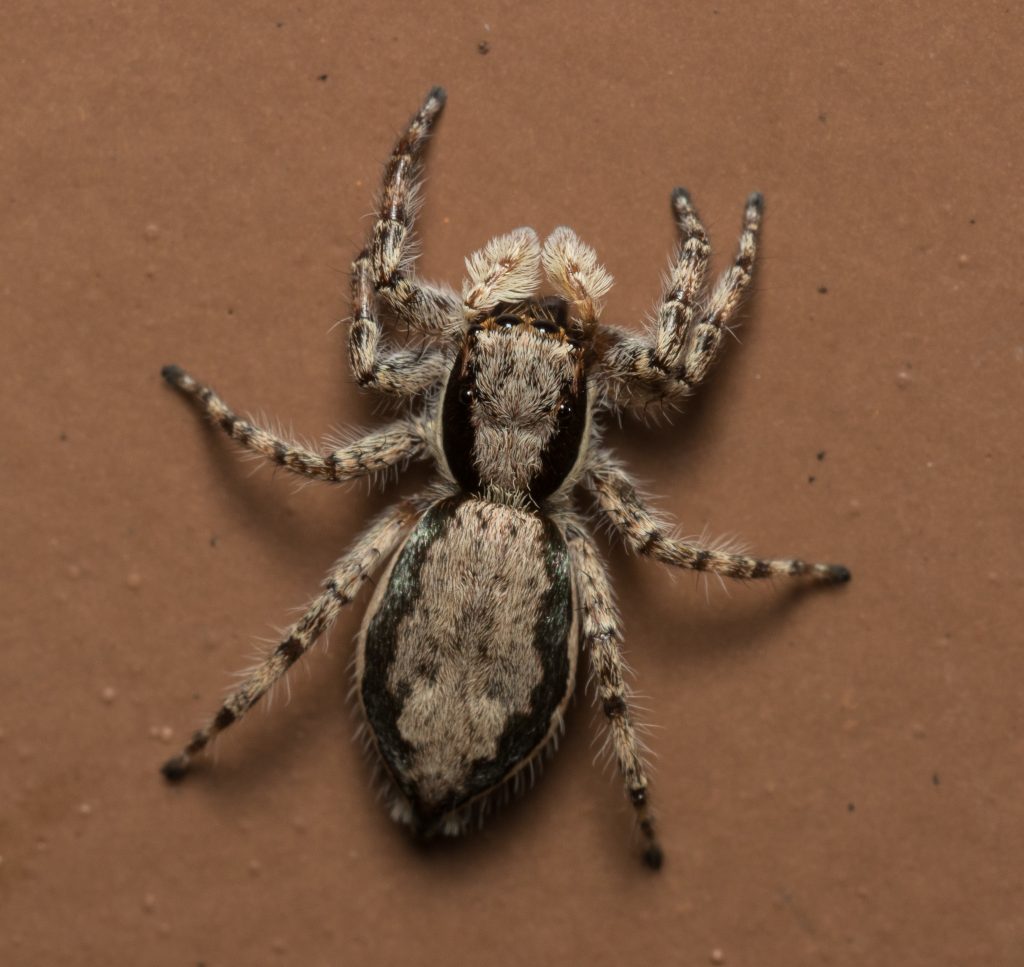 Long-bodied cellar spiders are common in the Austin area. They get their name from their long, slender bodies and preference for living in dark, damp places like cellars and basements. They are not venomous and pose no threat to humans.

These spiders are harmless, but their long legs and quick movements can be unsettling to some people. If you see a long-bodied cellar spider in your home, there is no need to be alarmed. Though they are not dangerous, you may want to remove them if they are causing you discomfort. 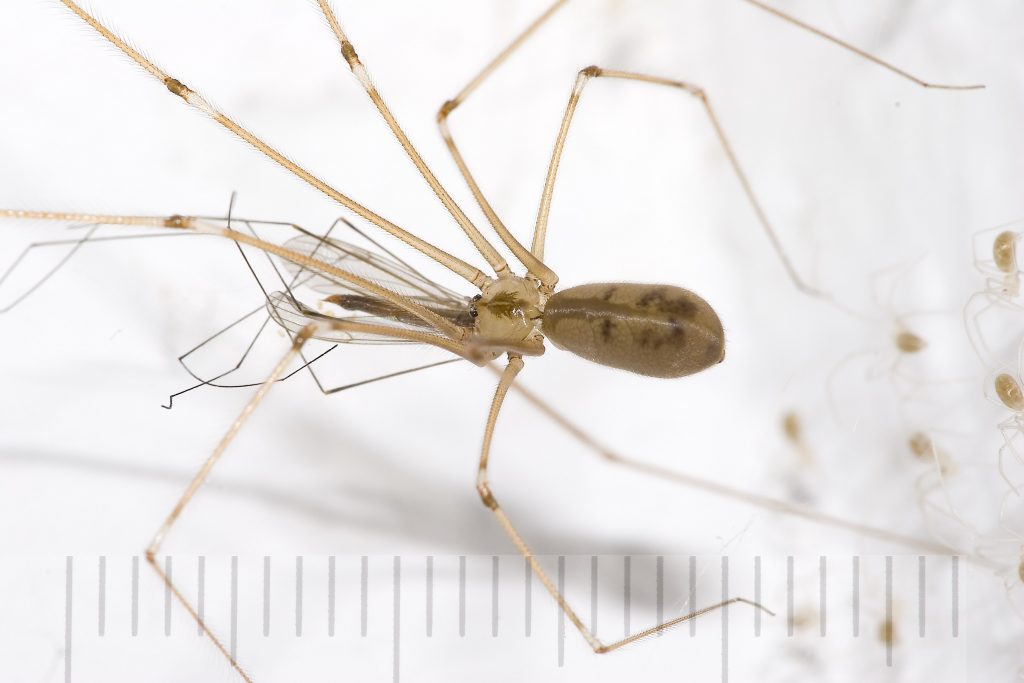 The hobo spider is one of the most dangerous spiders in the world. They are shy and reclusive but will bite if they feel threatened. They are also known to build their webs in homes and other buildings, which can harm humans.

They are large spiders that can reach up to 1 inch in length. They are brown or gray and have a chevron-shaped mark on their backs. Also, their legs are covered in small hairs that give them a fuzzy appearance.

Hobo spiders are found in the western United States, including Austin, Texas. They prefer to live in areas that are dark and moist, such as basements and crawl spaces. If you see a hobo spider in your home, it is important to contact a professional pest control company to have it removed.

How To Spot Spiders In Your Home?

Many species of spiders can be found in homes across the world. While most of these spiders pose no real threat to humans, a few can be dangerous. It is important to know how to spot spiders in your home so that you can take steps to remove them if necessary.

If you see any of these signs, it’s a good idea to take action to remove the spider from your home.

How To Get Rid of Spiders?

If you have a spider problem, there are a few things you can do to get rid of them.

One of the most effective ways to eliminate spiders is to use spider traps. There are various types of spider traps available on the market, so you’ll need to choose the one that’s right for your situation. Just be sure to follow the directions on the label carefully.

You may need to call a professional pest control company if you have a serious spider infestation. They will be able to identify the type of spider and provide you with the best treatment options.

There are several do-it-yourself methods you can use to get rid of spiders. One popular method is to mix equal parts vinegar and water in a spray bottle and spritz it around the perimeter of your home. You can also try citrus peels and cedar chips.

One of the best ways to prevent spiders from entering your home is to keep it clean. Vacuum regularly and dust surfaces to remove any potential food sources that might attract spiders.

5. Seal Up Cracks and Gaps

Spiders can enter your home through the smallest of cracks and gaps. Inspect your home’s exterior and seal any cracks or gaps you find. Also, keep your windows and doors closed as much as possible.

Hopefully, these tips will help you eliminate the spiders in your home. If you have any questions, please don’t hesitate to contact a professional pest control company like Texas Bug Control.

Does Austin Have Brown Recluse Spiders?

While brown recluse spiders are not as common in Austin as in other parts of Texas, they can still be found in and around the city. If you come across a spider that you think might be a brown recluse, it’s important to exercise caution and avoid contact with it. These spiders can cause serious health problems if their venom comes into contact with human skin.

What Is The Most Common House Spider In Texas?

The most common house spider in Texas is the American house spider. These spiders are generally harmless to humans and are more of a nuisance than anything else. They build their webs in dark, secluded areas around the home and can be a pain to get rid of once they’ve taken up residence.

Are There Black Widow Spiders In Austin?

Yes, black widow spiders can be found in Austin. These spiders are very dangerous, and their venom can be fatal to humans. If you come into contact with a black widow spider, it is important to seek medical attention immediately.

Are There Tarantulas In Austin, Texas?

Tarantulas are not common in Austin but can be found in some parts of the city. These spiders are generally not harmful to humans unless they are provoked. If you see a tarantula, it is best to leave it alone and let it go about its business.

No, wolf spiders are not aggressive. These spiders are quite shy and will only bite humans if they feel threatened. If you get bitten by a wolf spider, the venom is not usually harmful to humans.

Is There A Spider Season In Austin, Texas?

No, there is no specific spider season in Austin. Spiders can be found in the city year-round. However, they are more active during the warmer months of the year.

Are Banana Spiders In Texas Poisonous?

No, banana spiders are not poisonous. However, their bites can be painful and may cause allergic reactions in some people. If a banana spider bites you, seek medical attention immediately.

There you have it! These are just some common spiders you might encounter in and around Austin. While most pose no threat to humans, it’s always best to be cautious and avoid handling any spider, especially if you’re not sure what kind it is. If you come across a spider that you think might be dangerous, contact a professional pest control company like Texas Bug Control for assistance.