Do you have uninvited house guests? If you live in Houston, chances are you do. They can be annoying, yes, but did you know that some of these common house pests can also be dangerous?

Houston’s most common bugs include cockroaches, fire ants, termites, and Mosquitos. Each of these pests has its own set of problems, so it’s important to be aware of what they are and how to deal with them.

Keep reading to learn more about some of the most common bugs in Houston and what you can do to eliminate them.

Common Bugs In The Houston Area

Some of the most common bugs in the Houston area include ants, cockroaches, spiders, and termites. These pests can be a nuisance and may cause damage to your home if left untreated. A professional pest control company can help you eliminate these unwanted guests and prevent them from returning.

Cockroaches are one of the most common household pests in Houston. They’re attracted to food and moisture, so kitchens and bathrooms are often where you’ll find them. You can prevent cockroaches by sealing up cracks and crevices, keeping food and garbage in sealed containers, and regularly cleaning your home.

Furthermore, if you do see cockroaches, don’t panic. Although they may be unpleasant to look at, cockroaches are not dangerous. Also, don’t try to kill them with bug spray, as this will only make them more resistant to pesticides. The best way to get rid of cockroaches is to call a professional pest control company.

Like cockroaches, ants are attracted to food containers and moisture. They often enter homes through cracks and crevices in the foundation or walls. Once inside, they can be difficult to get rid of. To prevent ants from entering your home, seal up any cracks or crevices around the outside of your home and keep food stored in airtight containers. There are various species of ants like carpenter ants, raspberry crazy ants, ghost ants, and more.

Spider species are common pests in Houston homes. While most spiders are not dangerous, a few species can cause health problems if they bite you. To prevent spiders from entering your home, seal up any cracks or crevices around the outside of your home and keep clutter to a minimum. If you see a spider, avoid contact to prevent spider bites, and call professional pest control services for assistance. 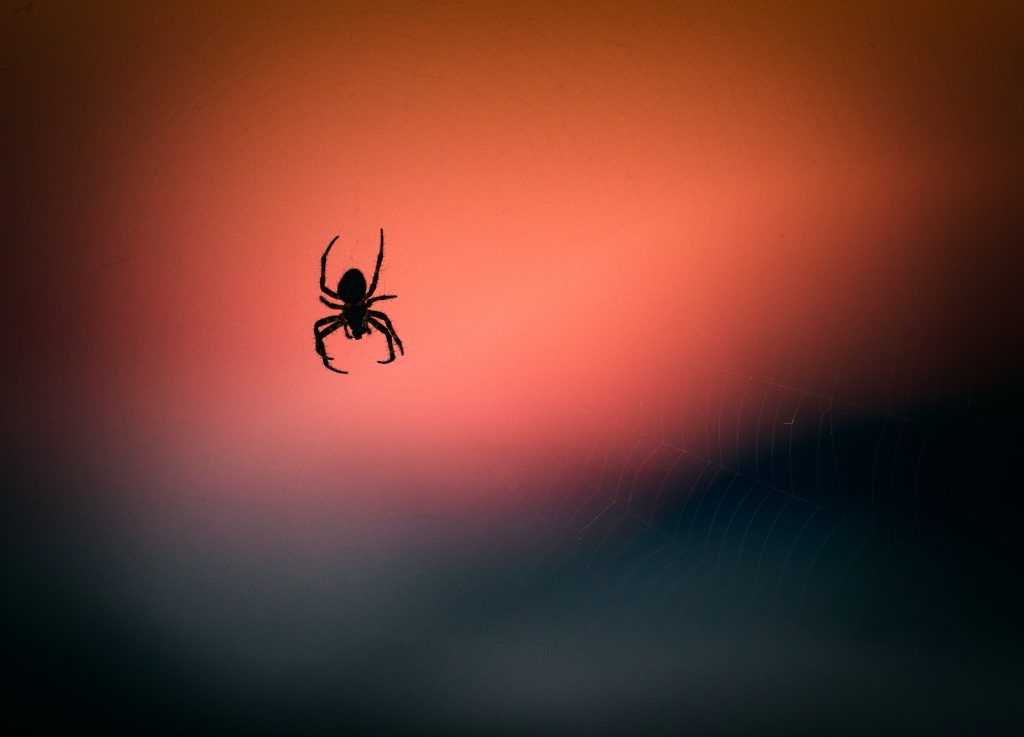 Mosquitoes are more than just annoying pests. They can also transmit diseases like the West Nile virus. To prevent mosquitoes from coming into your home, seal any cracks or holes in your screens and doors. You can also rid your yard of standing water, where mosquitoes lay their eggs.

Also Read: What Are Some Mosquito Repellant Plants in Texas? 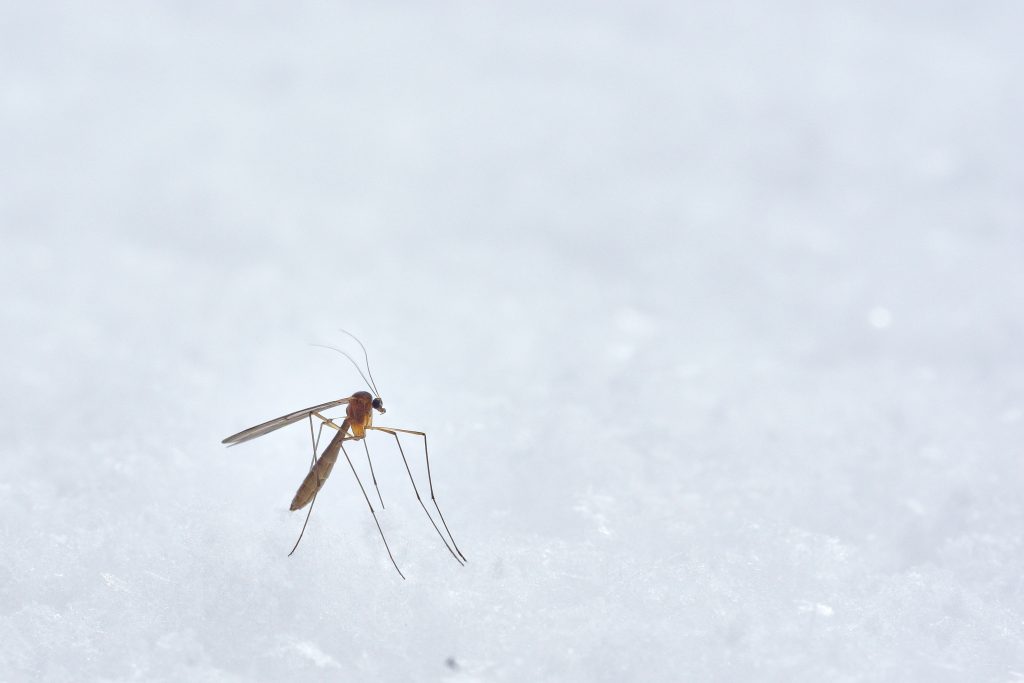 Ticks are small, spider-like creatures that attach to the skin of animals and humans. They can transmit diseases like Lyme disease, and Rocky Mountain spotted fever. To prevent ticks from entering your home, keep your lawn short and remove any piles of leaves or debris. You should also check yourself for ticks after being outdoors and shower as soon as possible. 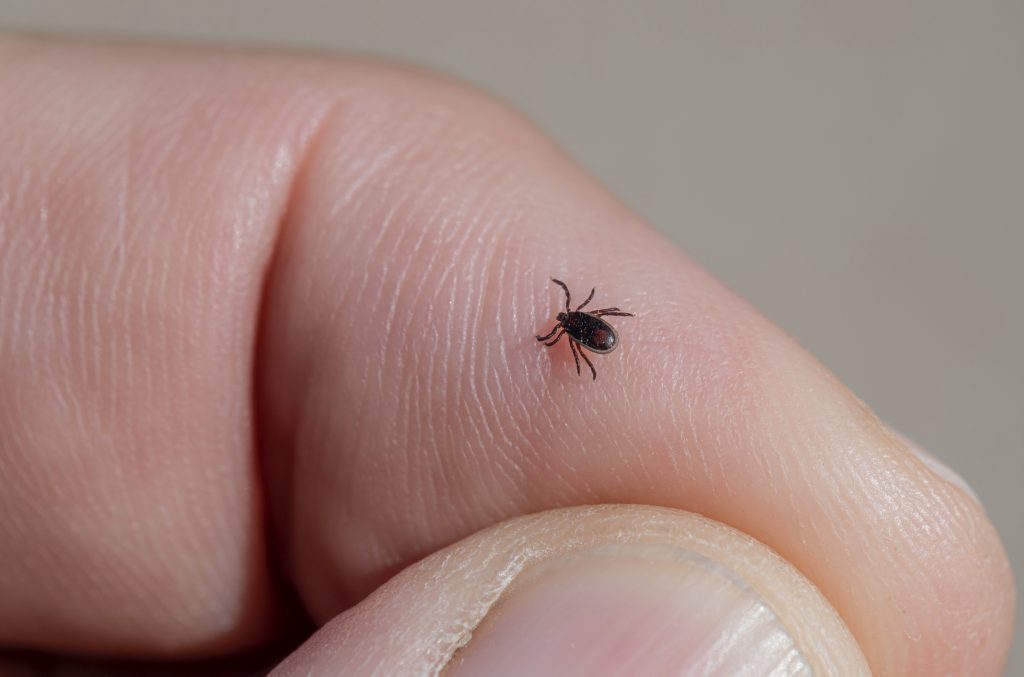 Termites are small insects that live in underground colonies. They feed on wood, which can damage the structural integrity of your home if left unchecked. If you suspect you have a termite problem, it’s important to call a professional pest control company right away. 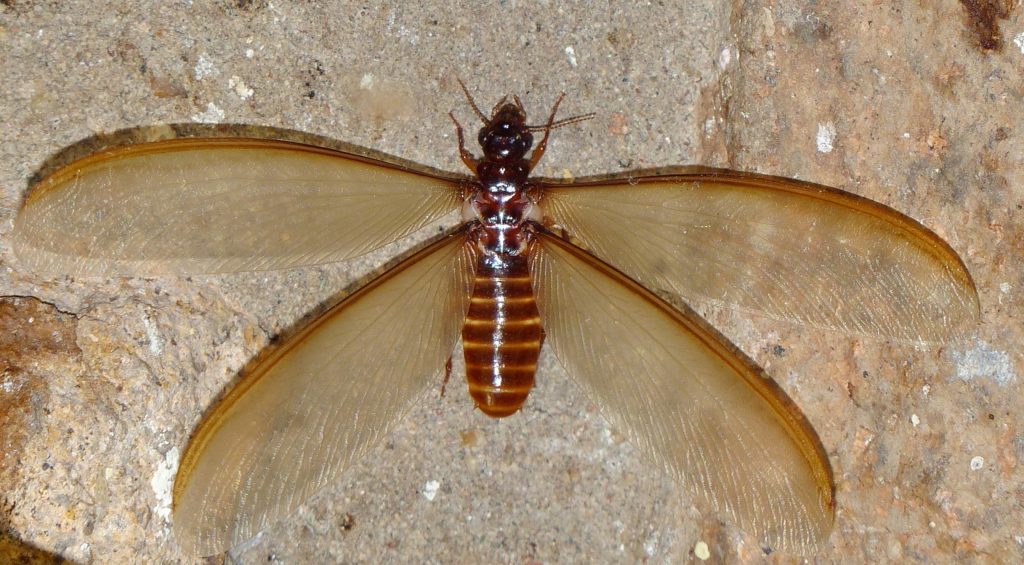 Flies are a common nuisance bug in the Houston area. They are attracted to food and garbage and can spread disease. To prevent flies in your home, keep food covered and dispose of garbage regularly. Also, repair any cracks or holes in your home that flies could enter through. 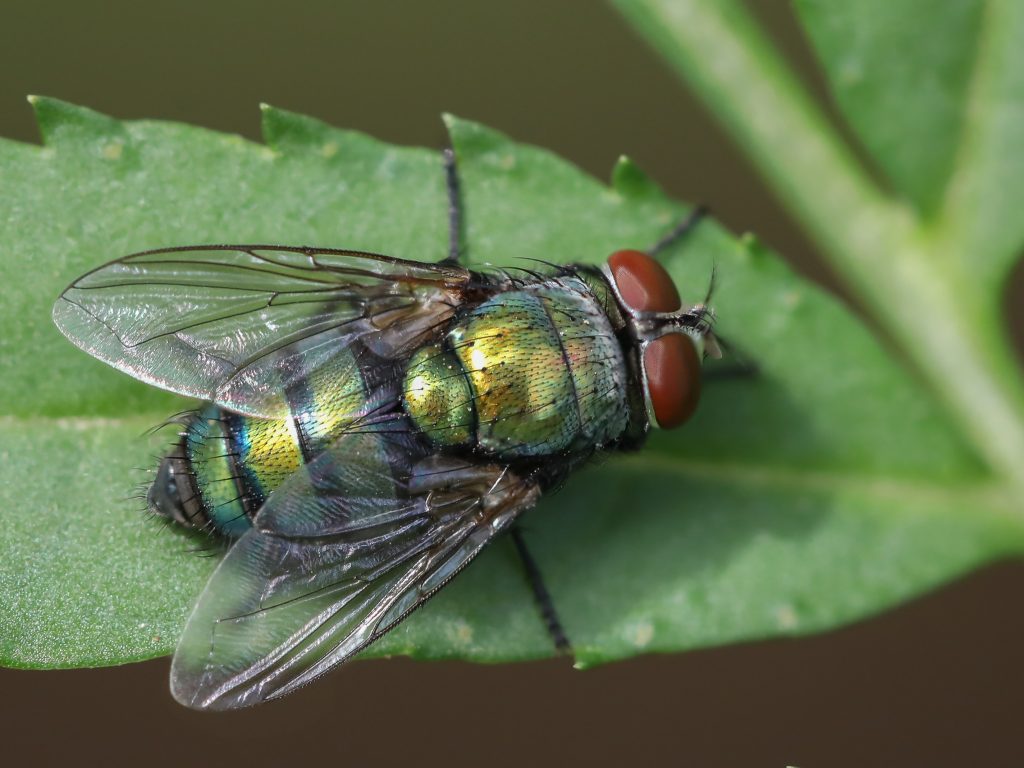 Bed bugs are small, parasitic insects that feed on blood. They can be found in homes, hotels, and other places people sleep. To prevent bed bugs, inspect secondhand furniture and mattresses before bringing them into your home. Also, vacuum regularly and wash bedding in hot water to kill any bed bugs that may be present.

If you think you have bed bugs, look for small brownish or reddish stains on your sheets or mattress. These may be blood stains from where the bugs have bitten you. You may also see small black dots and the bugs’ feces. If you find any of these signs, call a pest control professional to have your home treated. 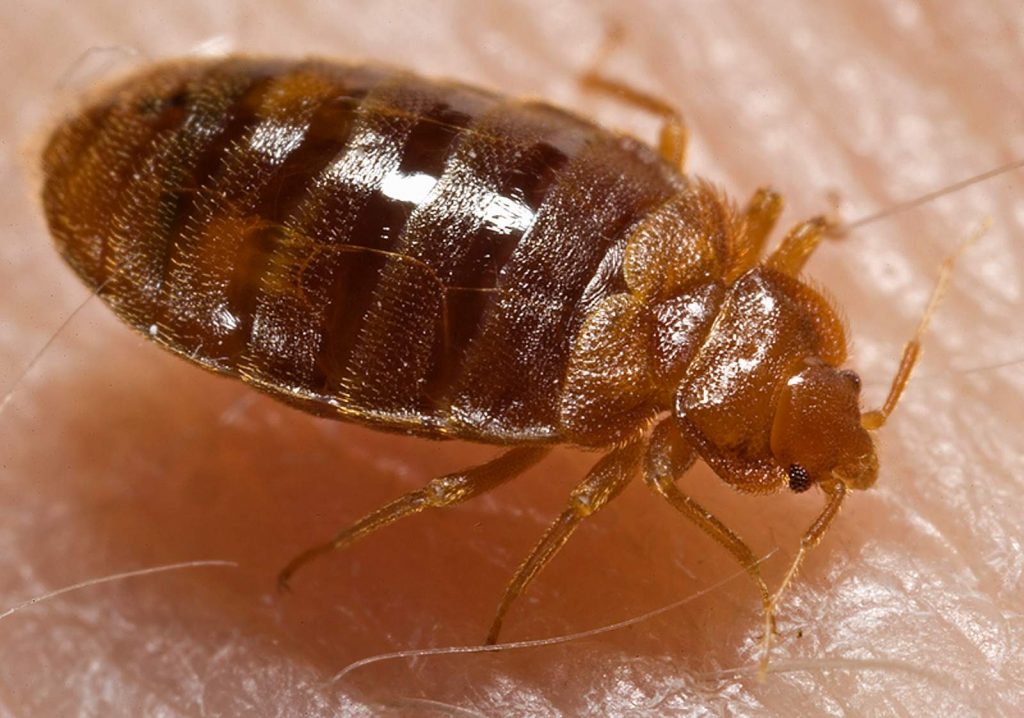 Fleas are small, wingless insects that live off the blood of mammals and birds. They can be found in homes with pets and other places where animals are present. Fleas can be a nuisance to people and animals and transmit diseases.

To prevent fleas from becoming a problem in your home, vacuum regularly and wash your pet’s bedding often. If you find fleas in your home, contact a pest control professional to have them removed. 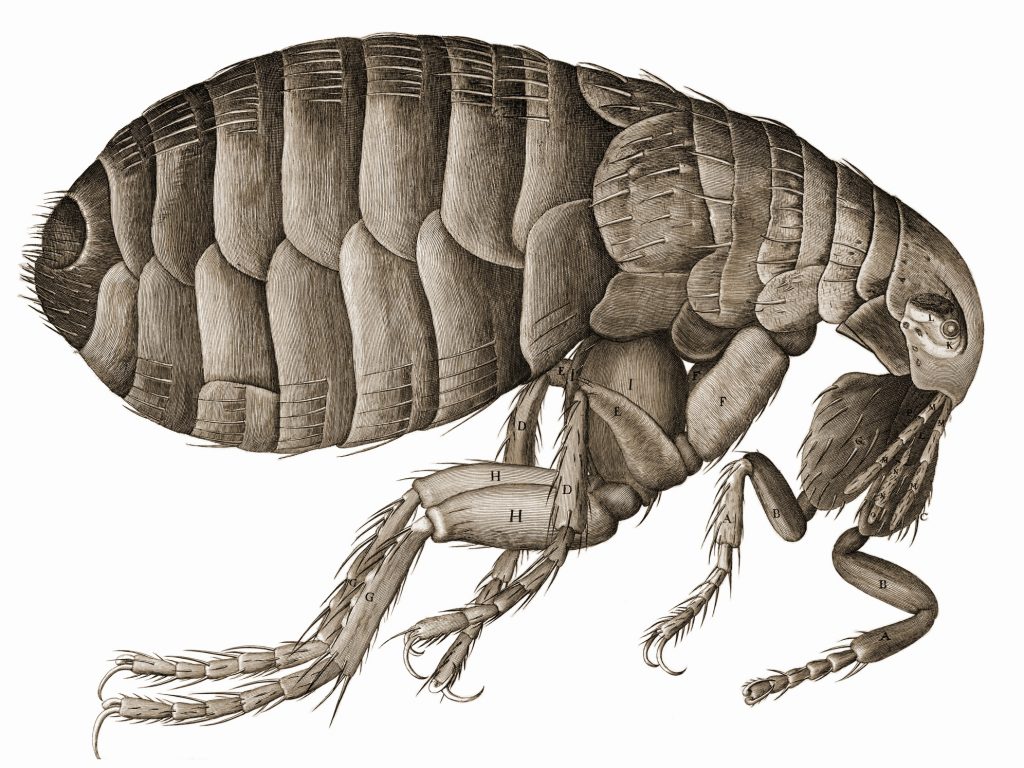 Mice and rats are among the most common pests in Houston. They can carry diseases and contaminate food, making them a serious health hazard. There are several ways to get rid of these pests, including traps and poison. If you think you have rats, it’s important to call a professional pest control company immediately.

If you live in or around Houston, you’ve dealt with one or more of these common pests. From flies and bed bugs to mice and rats, a variety of pests can make their way into your home.

While some may be a nuisance, others can carry diseases and pose a serious health risk. That’s why it’s important to be aware of the most common pests in the area so you can take steps to prevent them from becoming a problem in your home.

Also Read: How Do Exterminators Get Rid of Rats In Attic? 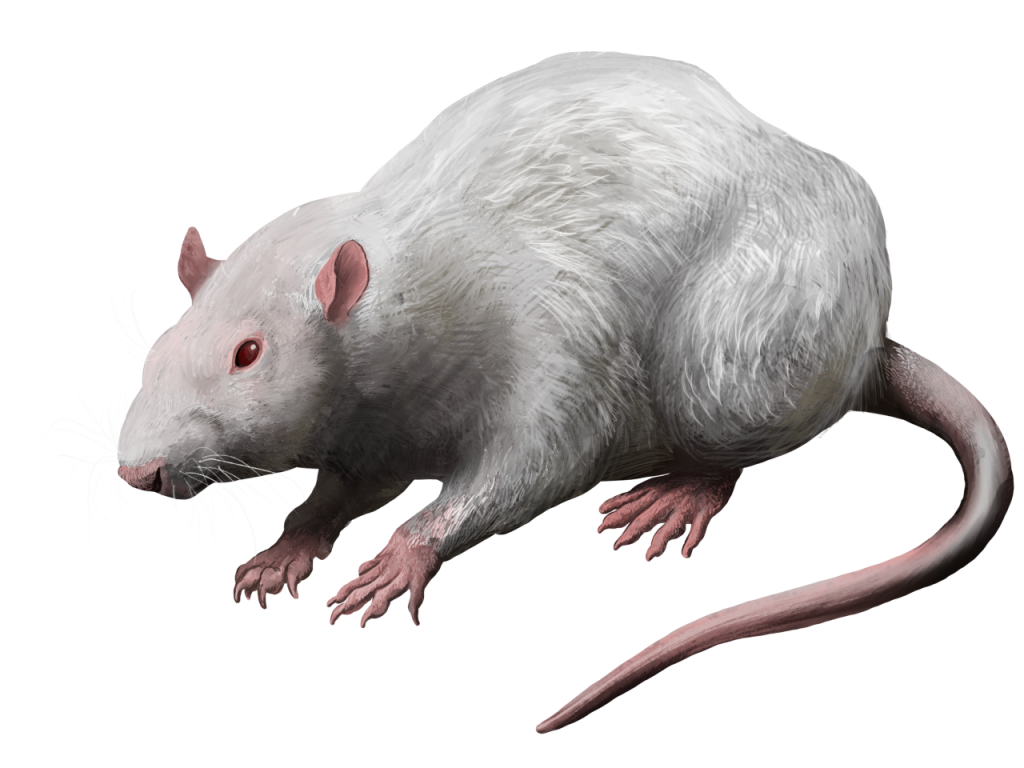 What Bugs Bite in Houston?

As the largest city in Texas, Houston is no stranger to pests. From mosquitoes and ticks to termites and fire ants, plenty of insects call Houston home.

Mosquitoes are perhaps the most well-known (and feared) bugs in Houston. These blood-sucking insects can transmit serious diseases like the Zika virus and West Nile virus.

Also, fleas and ticks are common in Houston. These pests can not only bite and irritate, but they can also transmit diseases to both humans and pets.

Other commonly found insects in Houston include fire ants, bees, wasps, hornets, and termites. While most of these insects are not known to carry diseases, they can still sting or bite, which can be painful and even dangerous for some people.

So, what can you do to protect yourself from these biting bugs? The best defense is a good offense! Here are some tips:

Following these simple tips can help reduce your risk of being bitten by a bug in Houston.

Are There a Lot of Bugs in Houston?

The metropolitan area of Houston, Texas, is home to various insects. While some are harmless, others can be dangerous and cause serious health problems. So, the question remains, are there a lot of bugs in Houston?

Unfortunately, the answer is yes. Houston’s hot and humid climate creates the perfect environment for many different types of bugs to thrive. Some of the most common include mosquitoes, cockroaches, ants, termites, and spiders.

These pests can not only be a nuisance but also pose a serious health threat. Mosquitoes, for example, can transmit diseases like the West Nile virus and Zika virus. Cockroaches can also spread bacteria and viruses that can cause food poisoning and other illnesses.

If you’re dealing with a big problem in your home or business, it’s important to contact a professional pest control company. They will be able to safely and effectively get rid of the pests and help keep them from coming back.

What Wasps Are In Houston?

Many different types of wasps can be found in Houston, Texas. Some of the most common include the yellow jacket, paper wasp, and hornet. While most wasps are not aggressive, they can become agitated if they feel threatened. If you see a wasp nest on your property, it is best to leave it alone and call a professional for removal.

What Is The Most Common Insect In Texas?

Are There Yellow Jackets In Houston?

Yes, there are yellow jackets in Houston. They are most commonly found in the spring and summer months. Yellow jackets are a type of wasp that can be aggressive if they feel threatened. They are known for their sting, which can be painful for some people.

Are Hornets In Texas?

What Is The Difference Between Yellow Jackets And Wasps?

Being smaller in size, yellow jackets are more aggressive than other types of wasps and are more likely to sting. However, their stings tend to cause less pain. Yellow jackets get their name from their yellow and black striped pattern. These insects are commonly found in the Houston area.

Are Murder Hornets In Houston?

No, there are no murder hornets in Houston. Murder hornets are a type of wasp that is native to Asia. They have not been found in the United States. Also, they are not a type of hornet that is found in Texas.

Are There Cicada Killers In Texas?

Yes, there are cicada killers in Texas. They are most commonly found in the central and eastern parts of the state. Cicada killers are a type of wasp that preys on cicadas. These insects are large, and their sting can be painful. However, they are not aggressive towards humans unless they feel threatened.

Are Mud Daubers In Texas?

Yes, there are mud daubers in Texas. They are most commonly found in the southern and western parts of the state. Mud daubers are a type of wasp that build their nests out of the mud. They are not aggressive, and their sting is not painful.

Are There Black Wasps In Texas?

Yes, there are black wasps in Texas. The black wasp is the most common type of wasp found in the state. Black wasps attract sweet smells and are often seen near garbage cans or fruit trees. They can sting humans if they feel threatened, but their stings are not usually dangerous.

What Are The Most Dangerous Spiders In Texas?

Texas’s two most dangerous spiders are the black widow and the brown recluse. Both spiders have venom that can harm humans, but the black widow’s venom is more potent. These spiders are not aggressive and will only bite humans if they feel threatened.

What Are The Red Wasps In Texas?

The red wasp is a common insect found in Texas. These pests are attracted to sweet fruits and vegetables, which they use to make their nests. Red wasps are most active during the day and fly around gardens and yards. If you see a red wasp, it’s important to stay away from it as it can sting humans and animals.

These insects are a major problem for farmers as they can destroy crops. If you have a red wasp problem on your property, it’s best to contact a pest control company to get rid of them.

As you can see, many common bugs and stinging insects exist in the Houston area. But don’t let that discourage you from enjoying all these great city offers. There are many ways to avoid these pests, and with a little knowledge and effort, you can enjoy your time without any problems.

If you encounter any of these pests, don’t hesitate to contact a professional for help. They are experienced in dealing with all sorts of pests and can quickly get rid of them for you.